Christopher S. Queen is Dean of Students and Lecturer on Religion in the Division of Continuing Education at Harvard University.

Sallie B. King is Head of the Department of Philosophy and Religion at James Madison University. She is the author of Buddha Nature and Journey in Search of the Way, both published by SUNY Press. 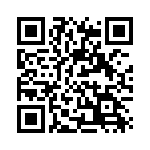