Pagina 281
a true in the measure in which written Latin itself develops into a rigidly codified , highly artificial , artful , classical language — a Schriftsprache , in which local and social peculiarities are by definition suppressed .
Pagina 320
But divergences will emerge soon , because , as change lies in the nature of speech , so conservatism lies in the nature , is indeed one of the raisons d'ętre , of writing and spelling . An unstable orthography which changes too often ...
Pagina 321
In Old Latin times , the lines of written and spoken Latin converge . At that time , a written classical tradition was just emerging ; that is , Roman literature is being created ( almost exclusively on Greek models ) , and the ... 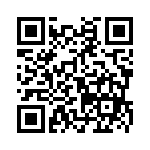