The Beijing Institute of Architectural Design, established in 1949, is a large-scale state-owned architectural design and consulting institute; Ma Guoxin is an architect and member of the Chinese Academy of Engineering. 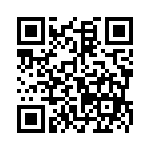