Born in 1941, Paddy Ashdown served in the Royal Marines from 1959-72, including duty with the SBS, and retired with the rank of captain to join the Foreign Office. From May 2002 to January 2006 he was the High Representative for Bosnia-Herzegovina. He is the former leader of the Liberal Democrats and was knighted in 2000. He was made a life peer in 2001 (Baron Ashdown of Norton-sub-Hamdon) when he left the House of Commons. He was made a GCMG in 2006. 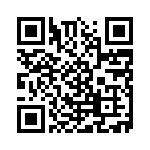