A balanced, clear and well-researched life of Hussein that squarely places his life within the broader context of Mid-East politics, history and conflict. Leggi recensione completa

thorough and touching journey through the life of the king. i highly recommend it for truly deepening your understand of personalities within the middle eastern conflict! Leggi recensione completa

Avi Shlaim was born in Baghdad in 1945, grew up in Israel, and studied at Cambridge University and the London School of Economics. He is a Fellow of St. Antony’s College and a professor of international relations at the University of Oxford. He was elected a Fellow of the British Academy in 2006. His books include Collusion Across the Jordan: King Abdullah, the Zionist Movement, and the Partition of Palestine (winner of the Political Studies Association’s 1988 WJM Mackenzie Prize); The Politics of Partition; War and Peace in the Middle East: A Concise History; and The Iron Wall: Israel and the Arab World. He lives in Oxford. 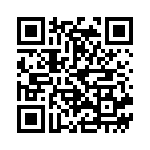