Callimachus was an Alexandrine grammarian and poet. He was a native of Cyrene in Africa. He lived at Alexandria where was a cataloguer of the famous library of Alexandria, from about 260 B.C. until his death about 240 B.C. Among his students were Arostophanes of Byzantium and Apollonius Rhodius Callimachus wrote numerous works on a variety of subjects, but of these only his poems exist, which are characterized by elegance and learning. In his day he was widely admired and later served as a model for Catullus and the Roman elegiac poets, especially Ovid. 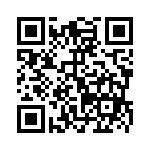