Pagina 247
... about “ Gombrome ware , Palissy ware , the Great , and other reigning princes of Germany , both Dresden , ” " Old Sčvres , ” “ Capo di Monte , " " Chelsea , " founded and brought to perfection at their own expense , & c .
Pagina 312
Chalmers had been sent for to Bendochy , to with the intelligence to Kilmany ; and the next post preach a funeral sermon on the death of the late from Edinburgh brought a letter on the subject , from minister of that parish , who is ...
Pagina 337
In the later days of be brought under command . the republic , and under the emperors , they had Rudders hinged to the stern - posts were not in use numerous and well - appointed navies , both military and until the thirteenth century . 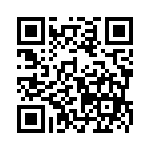