Ivano Bertini, born on December 6, 1940 in Pisa, Italy, obtained the Italian degree of Doctor of Chemistry at the University of Florence in 1964 and became Full Professor of General and Inorganic Chemistry in 1975 at the University of Florence. A member of the Academia Europaea and the Italian Accademia dei Lincei, he received the Laurea Honoris Causa from the University of Stockholm, Ioannina and Siena. In 1999, he founded the Magnetic Resonance Center (CERM), a major NMR infrastructure in the Life Sciences. His main research interests included advancements in nuclear magnetic resonance spectroscopy, the expression and preparation of metalloproteins, their structural characterization, and the investigation of their interactions, with an emphasis on understanding cellular processes at the molecular level. He published over 650 research articles and solved more than 150 protein structures. He passed away on July 7, 2012.

Claudio Luchinat, born in Florence, Italy, on February 15, 1952, obtained his doctor in chemistry cum laude at the University of Florence. He was a postdoctor and researcher at the University of Florence, and Full Professor of Chemistry at the University of Bologna (1986-1996) and Florence (1996-). He is a recipient of the “Raffaello Nasini gold medal award for inorganic chemistry of the Italian Chemical Society, 1989; Federchimica Award “For an Intelligent Future , 1994; European Medal for Biological Inorganic Chemistry, 1996; and “GDRM gold medal for magnetic resonance , 2001. His research interests include development of NMR-based structural methodologies in solution and in the solid state, theory of electron and nuclear relaxation, NMR of paramagnetic species, relaxometry, contrast agents, bioinorganic chemistry, metabolomics and NMR-based analytical methods. He is the author of more than 500 publications and of four books. His h-index is above 70 and his papers have been cited more than 20,000 times. 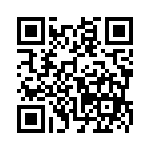