Doubt is Their Product: How Industry’s Assault on Science Threatens Your Health David Michaels, 2008 This heavily documented but readable book discusses the ways in which industry fights against ... Leggi recensione completa

I am with Michaels in his fight to regulate toxic and hazardous substances, and I am angry (but not surprised) at the cynical, reckless industrial behaviour that he documents so thoroughly in his book ... Leggi recensione completa

David Michaels is a scientist, former government regulator, and the current appointed head of OSHA. During the Clinton Administration, he served as Assistant Secretary of Energy for Environment, Safety and Health, responsible for protecting the health and safety of the workers, neighboring communities, and the environment surrounding the nation's nuclear weapons factories. He currently directs the Project on Scientific Knowledge and Public Policy at The George Washington University School of Public Health and Health Services. In 2006, he received the American Association for the Advancement of Science's Scientific Freedom and Responsibility Award for his work on behalf of nuclear weapons workers and for advocacy for scientific integrity. 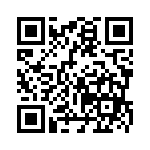