Patrick Modiano is a French novelist. He has written more than 30 works of fiction and his books have been translated into over 40 languages. He is the recipient of the Grand Prix du Roman de l'Academie francaise (1972), the Prix Goncourt (1978), and the Austrian State Prize for European Literature (2012). In 2014 he was awarded the Nobel Prize in Literature. He lives in Paris. 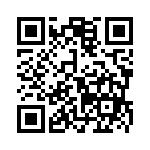