MILAN PAUNOVIC, PhD, was, until recently, a research staff member in the Electrodeposition Technology Department at the IBM T. J. Watson Research Center. He began work on electrochemical metal deposition in 1961 at the University of Pennsylvania, Philadelphia, and subsequently worked on metal deposition at Reynolds Metals, Kollmorgen, and Intel. He is a coauthor of the first edition of Fundamentals of Electrochemical Deposition and Modern Electroplating (both by Wiley), has edited four symposia proceedings volumes of The Electrochemical Society, published forty-one papers, and holds seven patents. 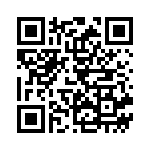