Pierluigi Serraino, born in 1965, studied architecture in Rome & Los Angeles. Since 1997 he has lived in San Francisco.

Peter Gossel, born in 1956, runs a practice for museum and exhibition design. He previously edited numerous volumes on the topic for Taschen, such as Architecture in the Twentieth Century, Julius Shulman, R. M. Schindler, and John Lautner. 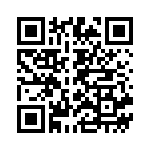