JEAN-GERMAIN GROS is Assistant Professor of Political Science and Public Policy Administration and a Center for International Studies Fellow at the University of Missouri-St. Louis. He is the author of numerous articles on public administration and Africa. 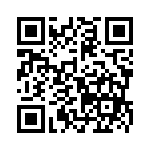