Mark Golden is Professor of Classics at the University of Winnipeg. He is the author or editor of six books, including Sport and Society in Ancient Greece and Sport in the Ancient World from A to Z. 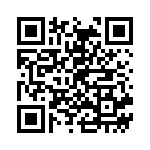