Pagina 73
On Marcellus ' death soon afterward 202 he took Agrippa as his son - in - law .
His stepsons , Tiberius Nero and Claudius Drusus , he honored with imperial
titles , even though his own family was still intact - for he had admitted Agrippa's ...
Pagina 95
Domitian put to death the author of a biography praising Paetus , and his books ,
like Cordus ' , were publicly burned . On the burning of books under Augustus ,
see Vol . I , p . 373 ; Vol . II , pp . 55-56 . 39 Lucius Aelius Sejanus was prefect of ...
Pagina 425
This was the cause of his death near Caenophrurium , 22 through the deception
and treachery of an assistant whom he had made his secretary . This man , who
had plunder and crime on his conscience , transmitted to the military tribunes , as
... 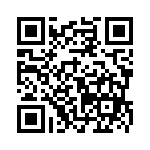