Rabun Taylor is Associate Professor of Classics at the University of Texas, Austin. He has published articles in the American Journal of Archaeology, the Journal of the Society of Architectural Historians, the Journal of Roman Archaeology, and Memoirs of the American Academy in Rome. His books include Public Needs and Private Pleasures: Water Distribution, the Tiber River, and the Urban Development of Ancient Rome (2000) and Roman Builders: A Study in Architectural Process (2003).

Katherine Rinne is an independent scholar and lecturer at the University of California, Berkeley and Adjunct Professor of Architecture at California College of the Arts. Her book The Waters of Rome: Aqueducts, Fountains, and the Birth of the Baroque City (2011) won the 2011 John Brinkerhoff Jackson Prize for Landscape History from the Foundation for Landscape Studies and the 2012 Spiro Kostof Award for Urban History from the Society of Architectural Historians. She is Project Director for Aquae Urbis Romae: The Waters of the City of Rome.

Spiro Kostof (1936-91) was a professor of the History of Architecture at the University of California, Berkeley and one of the foremost architectural and urban historians of the twentieth century. His books include A History of Architecture: Settings and Rituals (1987), The City Shaped: Urban Patterns and Meanings through History (1991), and The City Assembled: Elements of Urban Form through History (1992). His previously unpublished Mathews Lectures at Columbia University, New York, delivered in 1976, form the foundation of the middle section of this book. 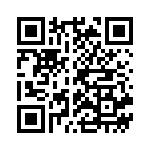