Born on January 26, 1946 in Fayal in the Azores, Christopher Hampton graduated from New College, Oxford, with a Modern Languages degree in 1968. After a stint as the resident dramatist at the Royal Court from 1968 to 1970, Hampton began a career as a playwright, soon becoming interested in screenwriting, directing, and producing. As a playwright, Hampton wrote more than a dozen tales including When Did You Last See My Mother?, Tales from Hollywood, Les Liaisons Dangereuses, and Alice's Adventures Under Ground. In 1988, Hampton decided to take his hit play Les Liaisons Dangereuses to the big screen. The resulting movie, Dangerous Liaisons, which Hampton also co-produced, featured Michelle Pfeiffer and John Malkovich in leading roles. Hampton has also written the screenplays for the movies A Doll's House, a story based on Henrik Ibsen's popular play, The Secret Agent and Carrington, both of which Hampton also directed, and Mary Reilly, which starred Julia Roberts. Christopher Hampton has received numerous honors including the Laurence Olivier Award for Les Liaisons Dangereuses in 1986, an Academy Award and Writers' Guild award in 1988 for Dangerous Liaisons, and a Tony award in 1995 for Best Score and Best Book of a Musical for Sunset Boulevard. 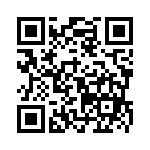