Ross Balzaretti (University of Nottingham) has published widely in the field of early medieval history, especially of northern Italy. His most recent books are Ligurian Landscapes (2004, edited with Mark Pearce and Charles Watkins) and Narrative and History in the Early Medieval West (2006, edited with Elizabeth Tyler). He was a Visiting Research Fellow at the University of St Andrews in 2010-2011 where much of Dark Age Liguria was written. 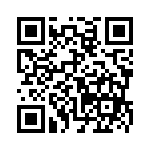