Pagina 297
In truth, so long as Rome lacked a properly constituted police force, the Senatus
Consultum Ultimum was not only a justifiable but a necessary means of defence
against armed attacks upon the government. In the following decade the policy of
...
Pagina 345
Similar courts for embezzlement (Plutarch, Pompcy, ch. iv.), for electoral
corruption (Plutarch, Marius, ch. v.), and for maiestas (p. 310) were constituted
before 82. The courts for forgery and for assault are not mentioned before the
time of Sulla.
Pagina 476
By the original partition it resumed control of Sicily, if the pro- Sardinia and
Corsica, southern Spain (henceforth known as " Bae- "tweenAug ''ca Htyria,
Macedonia, Achaea (or Greece Proper, which was now ustus and constituted as
a ...

This is one of my prized possessions, something that fits with what a dear friend has termed my love for "fine old things" -- most apt! The book -- and I'm sure a new reprint won't do at all (not ... Leggi recensione completa

I do believe this stalwart -- later updated by HH Scullard -- is still the most detailed single volume. Leggi recensione completa 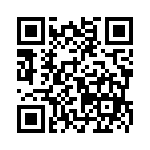