Pagina 2 - I knew a man in Christ above fourteen years ago, (whether in the body, I cannot tell; or whether out of the body, I cannot tell: God knoweth;) such an one caught up to the third heaven.
Appare in 1073 libri dal 1703 al 2008
Pagina 40 - You are not called upon to believe what Dante believed, for your belief will not give you a groat's worth more of understanding and appreciation ; but you are called upon more and more to understand it. If you can read poetry as poetry, you will "believe...
Appare in 70 libri dal 1892 al 2005

James Miller teaches a cycle of courses on Dante for the Comparative Literature and Culture program at the University of Western Ontario in London, Canada. His other books include Measures of Wisdom: The Cosmic Dance in Classical and Christian Antiquity and Fluid Exchanges: Artists and Critics in the AIDS Crisis. He has also translated Andrew Pawlowski’s play Dante on the Steps of Immortality. James Miller looks forward to a hot afterlife on the Seventh Terrace of Purgatory. 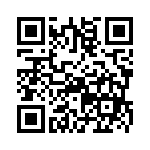