This is a very interesting and compelling account of Clark's experiences in counter-terrorism in the decade or so leading up to 9-11. Clark's main point is that U.S. leadership was slow to wake up to ... Leggi recensione completa

Now long outdated, this was a useful guide to the politics and conflicting priorities that plagued our foreign affairs and national security community in dealing with the thread of terrorism. Leggi recensione completa

Richard A. Clarke is an American, born in 1951. He worked in national security for thirty years. He served under presidents Bill Clinton and George W. Bush. He has served as a consultant for ABC News, and taught at the Kennedy School of Government at Harvard University. Currently he is the CEO of a cyber-security consulting firm. He is also an author. His fiction books include The Scorpion's Gate, Breakpoint, Sting of the Drone, and Pinnacle Event. His nonfiction books include Your Government Failed You, Against All Enemies, Cyber War (with Robert K. Knake), and The NSA Report (with Michael J. Morell, Geoffrey R. Stone, Cass R. Sunstein, and Peter Swire), Warnings: Finding Cassandras to Stop Catastrophes (with R. P. Eddy). 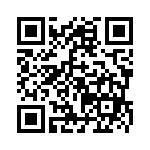