Linda Kelly's previous books include The Young Romantics,Women of the French Revolution and Richard Brinsley Sheridan. She is a Fellow of the Royal Society of Literature and a Trustee of the Wordsworth Trust. Her husband is the writer, Laurence Kelly; they live in London but spend some time each year in Ireland, where they have a cottage on the Wexford coast. 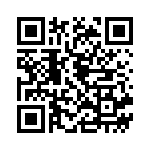