Pagina i - And this is the confidence which we have in him, that if we ask anything according to his will he hears us.
Appare in 185 libri dal 1814 al 2008

John Bunyan was born in Elstow, Bedfordshire, England, in 1628. He learned to read and write at the village school and was prepared to follow his father's trade as a brazier when the English Civil War broke out in 1644 and he was drafted into the Parliamentary army. His military service brought him into contact with Oliver Cromwell's Puritan troops. Beginning in 1648, Bunyan suffered a crisis in religious faith that lasted for several years. He turned to the Nonconformist church in Bedford to sustain him during this period. His first writings were attacks against the Quakers. Then Charles II was restored to the throne and Bunyan was arrested for conducting services not in accordance with the Church of England. He spent 12 years in jail. During this time, he wrote his autobiography, Grace Abounding, in which he described his spiritual struggle and growth. During his last years in prison, Bunyan began his most famous work, The Pilgrim's Progress, a two-part allegorical tale of the character Christian and his journey to salvation. Part I was published in 1678 and Part II in 1684. The second part deals with the spiritual journey of Christian's wife and sons, as they follow in his footsteps. With its elements of the folktale tradition, The Pilgrim's Progress became popular immediately. Well into the nineteenth century it was a book known to almost every reader in England and New England, second in importance only to the Bible. So great was the book's influence that it even plays a major role in Little Woman by Louisa May Alcott. Such expressions as "the slough of despond" and "vanity fair" have become part of the English language. Bunyan's other works include The Life and Death of Mr. Badman and The Holy War. He also wrote A Book for Boys and Girls, verses on religious faith for children. Bunyan died in London on August 31, 1688. 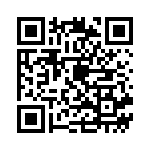