Pagina 111
Let us thus understand St. Paul , and the whole will be clear and luminous , and
strictly conclusive ; but , if we suppose him to mean something else than the
future conversion of the Gentile world by the previously converted Jews , we shall
find ...
Pagina 114
A young man , of Jewish parents , was baptized at Sherness on the 231 of April
last , having renounced the Jewish ... Wendt and Hoff had obtained permission
from the Polish government to visit the Jews in the Northern part of Poland .
Pagina 461
66 We under the jurisdiction of the white Jews : that they greatly repent
themselves of having foolishly adopted , on their first arrival at Cranganore , the
dress , habits , and customs , in every respect , of the Hindoos . came to the
Malabar coast ... 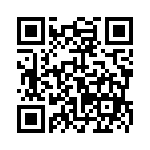