Pagina 36
He is not , so far as that aspect of art is concerned , a creator but merely an
imitator . But art has its subjective aspect , and the question we are now asking is
whether , in that subjective aspect , it amounts to more than a reflection of the ...
Pagina 116
Not only external objects , but even our own mental states , are screened from us
in their inmost , their personal aspect , in the original life they possess . When we
feel love or hatred , when we are gay or sad , is it really the feeling itself that ...
Pagina 436
Situated at one of these extremes , we face a certain aspect of the world -
persons , things , situations , that is to say , reality as being " lived " : from the
other extreme , on the other hand , we see everything in its aspects “ as
contemplated reality ... 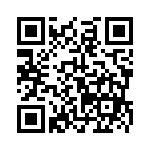