Pagina 73
... considered this multitudinous variety , when I have smiled , sighed , flattered ,
threatened , desired , tempted , laughed , wept , hoped , feared , won , lost —
then I shut up my fan , and gather the fragments into a unity , the parts into a
whole .
Pagina 190
Hegel had shown that the truth is the whole , be it in art , in science , in history ,
and that beyond the particular wholes there is the absolute whole which contains
everything . But Kierkegaard said : ' I am no part of a whole , I am not integrated ...
Pagina 371
Revolting against the whole of existence , it thinks it has hold of a proof against it
... and that is what he wills to be , therefore he wills to be himself , himself with his
torment , in order with this torment to protest against the whole of existence . 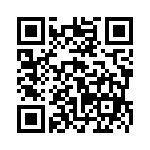