Eric Cochrane (1928-85) was professor of history at the University of Chicago.

Mark Kishlansky
Mark Kishlansky is Frank B. Baird, Jr. Professor of English and European History and Associate Dean of the Faculty at Harvard University. Before joining the Harvard Faculty he taught for sixteen years at the University of Chicago where he was a member of the Committee on Social Thought. Professor Kishlansky is a specialist on seventeenth-century English political history and has written, among other works, "A Monarchy Transformed, The Rise of the New Model Army and "Parliamentary Selection: Social and Political Choice in Early Modern England. From 1984-1991 he was editor of the "Journal of British Studies. He is currently writing a history of the reign of Charles I entitled "The Death of Kings.

Patrick Geary
Holding a Ph.D. in Medieval Studies from Yale University, Patrick Geary has broad experience in interdisciplinary approaches to European history and civilization. He has served as the Director of the Medieval Institute at the University of Notre Dame as well as Director for the Center for Medieval and Renaissance Studies at UCLA where he is currently Professor of History. He has also held positions at the University of Florida and Princeton University and has taught at the Ecole des Hautes Etudes en Sciences Sociales in Paris and the University of Vienna. His many publications include" Readings in Medieval History; Before France and Germany: The Creation and Transformation of the Merovingian World; Furta Sacra: Thefts of Relics in the Central Middle Ages; and "Phantoms of Remembrance: Memory and Oblivion at the End of the First Millennium.

Patricia O'Brien
Between 1995 and 1999, Patricia O'Brien worked to foster collaborativeinterdisciplinary research in the humanities as director of the University of California Humanities Research Institute. Since 1999, she has held the position of dean of the College of Humanities, Arts, and Social Sciences at the University of California, Riverside. She has held appointments at the University of California, Irvine, Yale University, and at the Ecole des Hautes Etudes en Sciences Sociales in Paris. Professor OBrien is a specialist in modern French cultural and social history and has published widely on the history of crime, punishment, cultural theory, urban history, and gender issues. Representative publications include "The Promise of Punishment: Prisons in Nineteenth-Century France; "The Kleptomania Diagnosis: Bourgeois Women and Theft in Late Nineteenth-Century France" in "Expanding the Past: A Reader in Social History; and "Michel Foucault's History of Culture" in "The New Cultural History, edited by Lynn Hunt. 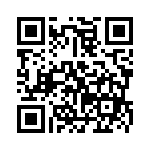