The son of a tanner, Louis Pasteur, whose name is immortalized in the household word "pasteurization," was a French microbiologist who discovered and developed the concept of vaccination. The product of a classical education, he spent his university years at the Ecole Normale Superieure in Paris, where he specialized in chemistry. His first university appointment was to the science faculty of Universite de Strasbourg. He also served at other universities before the creation of the Institute Pasteur in Paris, which he directed until his death. Pasteur's life was dedicated to medical research, and he achieved phenomenal success in attracting the finances required to support those efforts. He was among the earliest physicians to patent his discoveries and to demonstrate their value to society, both avenues producing additional revenue for his diverse research projects. Pasteur made major contributions to fields as diverse as crystallography, structural chemistry, fermentation, and silkworm diseases. He discredited the concept of spontaneous generation, proving it erroneous. His overall contribution to science was substantial largely because of his passionate commitment to the principle of application of research results. Pasteur's accomplishments demonstrated the vast medical and economic potential of experimental biology and led to improvements in industry as well as in medicine. 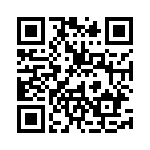