Pagina 50
INDIAN CAPTIVITIES . An Authentic and Thrilling Narrative of the Captivity of Mrs. Horn , and her two children , with Mrs. Harris , by the Comanche Indians , and the murder of their husbands and traveling companions . Illustrated .
Pagina 56
INDIAN TREATY . A Treaty between the President and Council of the Province of Pennsylvania , and the Indians of Ohio , Held in Philadelphia , Nov. 13 , 1747. 8 pp . folio . In a half levant slip - case . Philadelphia : Printed and Sold ...
Pagina 59
INDIAN TREATY . Minutes of Conferences , held at Lancaster , In August , 1762. With the Sachems and Warriors of several Tribes of Northern and Western Indians . 36 pp . folio , sewn , in slip - case . Philadelphia : Printed and Sold by ... 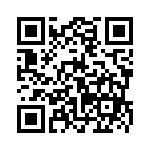