Pagina 527
But whereas Augustus and Tiberius had chosen their political confidants from the
chief men of the Senatorial and Equestrian Orders, Claudius found them within
his own household. The earlier emperors, it is true, had recruited their secretaries
...
Pagina 824
military adventurer leading mercenary soldiers conductor (plural, conductores),
tenant-in-chief, chief lessor (p. 638) Confarreatio, form of marriage consisting of
rites, celebrated under the direction of the chief priest and in the presence of ten ...
Pagina 831
742) praetor (plural, praetores), headman, leader, chief, judge, magistrate praetor
fiscalis, magistrate in charge of imperial treasury praetor peregrinus, judge for
foreigners ; magistrate charged with administration of justice for strangers.

This is one of my prized possessions, something that fits with what a dear friend has termed my love for "fine old things" -- most apt! The book -- and I'm sure a new reprint won't do at all (not ... Leggi recensione completa

I do believe this stalwart -- later updated by HH Scullard -- is still the most detailed single volume. Leggi recensione completa 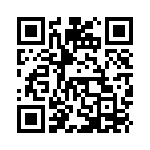