I remember being in a book shop in San Francisco when “Capital in the 21st Century” was first published in 2014. It couldn’t have been more timely, following on the heels of Occupy Wall Street and the ... Leggi recensione completa

There's a lot of good data here, and some excellent recommendations, but.... Like a lot of economics books, this one is pretty dry. The first 300 pages tend to belabor the obvious, repeating the same ... Leggi recensione completa

Thomas Piketty was born in Clichy, France on May 7, 1971. He received a M.Sc. in mathematics at Ecole Normale Supérieure and a PhD in Economics at EHESS and at LSE. He is a professor at the Paris School of Economics. His articles have appeared in numerous journals including the Quarterly Journal of Economics, the Journal of Political Economy, the American Economic Review, and the Review of Economic Studies. He has written several books including Capital in the Twenty-First Century.

Arthur Goldhammer is the translator for numerous books including Neoconservatism: The Biography of a Movement, Algerian Chronicles, The Society of Equals, and Capital in the Twenty-First Century. He received the French-American Translation Prize in 1990 for his translation of A Critical Dictionary of the French Revolution. 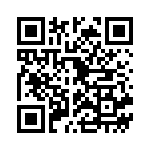