I absolutely never read this type of book. But, I found myself unable to stop reading it. I didn't read it continuously but would put it down, think about what I'd read and then come back to it again and again. Thought-provoking and interesting and unexpected. Leggi recensione completa

I really enjoyed the first section which was an autobiographical essay. Shepherd and I are roughly the same age, and both grew up in the Bronx, so there was much I could relate to there. However, the ... Leggi recensione completa 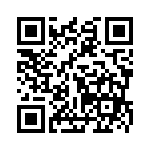