Pagina 14
Etruscan art absorbed this Greek influence thoroughly . Yet the result seems
strangely different and individual ; just as Etruscan society , too , is in many ways
alien from Greece , for example in its strange mixture of intense religious feeling
with ...
Pagina 90
hundreds of years , had hitherto remained more or less immune to the profounder
effects of Greece , the war , providing many new contacts with south Italy and
Sicily , had brought a considerable number of Greeks from those parts , so that ...
Pagina 202
But at the beginning of 31 BC , while it was still mid - winter , Agrippa succeeded
in sailing from Italy across the Ionian Sea and capturing decisive strongpoints
along the Greek coast , and , after Octavian had also arrived , Antony was finally ... 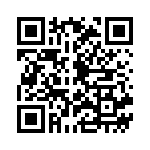