Pagina 105
... and 1 small specimen, 181.5 mm, in poor condition, ALBATRoss, off New
England, 39°44.5' N, 70°30.75'W, Io81 fms., USNM 43744. Distinctive Characters
. The characters given in the Key above will separate this very distinctive fish from
...
Pagina 260
Distinctive Characters. P. coregonoides is most easily distinguished from the
other species of Paralepis by the position of the nostrils over the posterior tip of
the upper jaw compared with their distinctly anterior position in the other forms.
Pagina 347
Distinctive Characters. L. jayakari, a variable species complex, is the most difficult
group in the tribe ... For color differences, see Distinctive Characters of L. af. finis,
(p. 323). The two species appear to differ, but not significantly, in the shape of ... 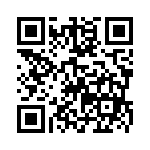