Brian S. Bauer is Professor of Anthropology at the University of Illinois at Chicago and the author or coauthor of four previous books on the Inca. 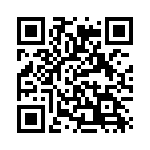