Francis James Joseph Raphael Delaney was born in County Tipperary, Ireland on October 24, 1942. Before becoming a full-time writer, he was a radio and television reporter for BBC broadcasting. He wrote about two dozen fiction and nonfiction books during his lifetime including Ireland, Jim Hawkins and the Curse of Treasure Island, The Celts, A Walk to the Western Isles, and James Joyce's Odyssey: A Guide to the Dublin of Ulysses. He died following a stroke on February 21, 2017 at the age of 74. 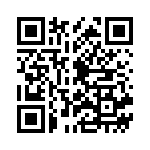