Serving between 1933 and 1956 as a meeting point for some of the most imaginative artists, composers and writers of the period, Black Mountain College in southwestern North Carolina continues to exist ... Leggi recensione completa

Katz is a poet and art critic. 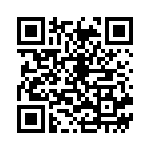