Pagina 61
In 1926 when Mr. Golden -who was then living in Kentucky - visited Woodruff , South Carolina , he presented it to Mr. Pearson , an active teacher of rural singing schools ; and the latter intends , at the end of his musical activity to ...
Pagina 155
... was " Dossey , " meaning a collection of hymn poems called generally Dossey's Choice , made by Elder William Dossey , " a Baptist preacher of Virginia , North Carolina , South Carolina , and Alabama , successively .
Pagina 395
North Carolina and South Carolina show good figures , 422 together . In fact , these totals are even more significant when one takes into consideration the narrowness of North Carolina and the smallness of the western half , which was ... 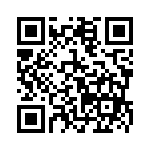