Anger and Forgiveness is Martha Nussbaum's exploration of anger, which she has addressed in previous work. In this volume she addresses forgiveness as a way to somewhat counter anger (though that is ... Leggi recensione completa

Martha C. Nussbaum is Ernst Freund Distinguished Service Professor of Law and Ethics, appointed in the Law School and the Philosophy Department at the University of Chicago. She is the author of Love's Knowledge, Sex and Social Justice, and Philosophical Interventions, and Aging Thoughtfully (with Saul Levmore), all from Oxford University Press, as well as Not for Profit, Upheavals of Thought, Creating Capabilities and Frontiers of Justice, among others. This book derives from her 2014 John Locke Lectures in Philosophy at Oxford University. 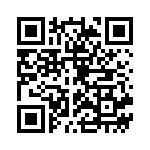