Pagina 15
The creation of two consuls rather than one did something , too , to ease the
burden of the office , but its real purpose was to ... For each consul had an
absolute power of veto over his colleague's acts — an expedient which , one
might think ...
Pagina 23
Last , but not least , it was enacted that of the two yearly consuls one should
always from henceforth be a plebeian . It may be that in this matter the patricians '
opposition was somewhat weakened by the fact that the consulship , though still
...
Pagina 30
At last , in 321 , came a rumour that their army had marched eastwards against
the inhabitants of Apulia , who had recently become the allies of Rome . Here ,
thought the two consuls , Veturius and Postumus , was a chance to follow them
and ... 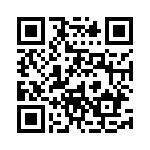