What a gift Burns had for rhyme and meter. He makes it look so easy and spontaneous. The book has lots of social commentary with poems written as open letters to his contemporaries and epitaphs for ... Leggi recensione completa

A compendium of work by Scotland's Immortal Bard that covers everything from whiskey and haggis (great chieftain o' the puddin' race) to red roses and loves lost. I always find something new to stir the soul when I crack the covers. Highly recommended. Leggi recensione completa

Robert Burns (also known as Robin) was a Scottish poet and a lyricist. He is widely regarded as the national poet of Scotland, and is celebrated worldwide. He is the best known of the poets who have written in the Scots language. He also wrote in English and a "light" Scots, accessible to an audience beyond Scotland. He is regarded as a pioneer of the Romantic movement and after his death became a great source of inspiration to the founders of both liberalism and socialism. A cultural icon in Scotland and among the Scottish Diaspora around the world, celebration of his life and work became almost a national charismatic cult during the 19th and 20th centuries, and his influence has long been strong on Scottish literature. 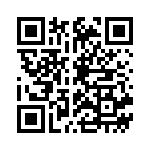