Ronald Kroeze is Assistant Professor in History at the Free University of Amsterdam and was a Postdoctoral Researcher and member of Anticorrp's Work Package 2. He has published extensively on the history of corruption.

Andre Vitoria is a Postdoctoral Researcher and a member of Anticorrp's Work Package 2. His PhD research focused on the impact of the Romano-canonical ius commune on the administration of justice, litigation and the relationship between different jurisdictions and political powers in medieval Portugal. He specializes in legal and political history in the high and late Middle Ages and is particularly interested in the intersection of juristic and publicistic thought and legal and political practice.

Guy Geltner is Professor of Medieval History and Director of the Center for Medieval and Renaissance Studies at the University of Amsterdam. He has published widely on the history of Italian city-states in the later Middle Ages, especially on urban dis/order, as reflected in municipal approaches to punishment, dispute settlement, and public health. 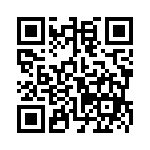