Pagina 25
Erich Neumann. 15 17 is the kind of abstraction that characterizes Moore's art
from. 2– 4 elements, the symbolic accent is so strangely clear that, in some way
the intelleet eam hardly understand, the character of the figure is still preserved.
Pagina 80
22 x 15" ing emphasis on their transpersonality, the earthy character of the
figures, the predominance in them of the organic and fruitlike, had been
preserved. With the stringed figures made just before the war, however, space
began to ...
Pagina 81
Whereas death, hitherto depicted in European culture as a skeleton doing the
death dance, or as a warrior, murderer, or man with a scythe, has always
preserved its masculine character, Moore's death figure is feminine—she is the
Great ... 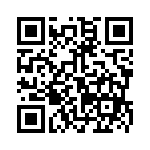