Patrick Di Justo is a contributing editor at Wired magazine, where he writes the magazine's monthly What's Inside column, and the author of The Science of Battlestar Galactica (Wiley, October 2010). His work has appeared in Dwell, Scientific American, Popular Science, The New York Times, and more. He has worked as a robot programmer for the Federal Reserve, and knows C, C++, Java, and Processing. He bought his first Arduino in 2007.

Emily Gertz is a correspondent for OnEarth Magazine. She has been covering DIY environmental monitoring since 2004, when she interviewed engineer-artist Natalie Jeremijenko for Worldchanging.com. Her latest, on citizen radiation monitoring in Japan, was published by OnEarth Magazine in April 2011. She has been hands-on with internet technologies since 1994 as a web producer, community host, and content strategist. Her articles have appeared in Grist, Dwell, Scientific American, Popular Mechanics, and more. 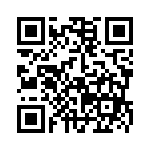