Jacob W. Grimm (1785-1863) and his brother Wilhelm K. Grimm (1786-1859) pioneered the study of German philosophy, law, mythology and folklore, but they are best known for their collection of fairy tales. These include such popular stories as Red Riding Hood, Sleeping Beauty and The Frog Prince. Commonly referred to now as Grimm's Fairy Tales, their collection was published as Kinder-und-Hausmarchen (Children's and Household Tales, 1812-15). The brothers were born thirteen months apart in the German province of Hesse, and were inseparable from childhood. Throughout their lives they showed a marked lack of sibling rivalry. Most of their works were written together, a practice begun in childhood when they shared a desk and sustained throughout their adult lives. Since their lives and work were so collaborative, it is difficult now to differentiate between them, but of course there were differences.- Jacob, who studied for a time in Paris, was fascinated with variant spellings of older words. He articulated "Grimm's Law," the rules of which are still used today to determine correspondences between the consonants of German and languages in the Indo-European family. Jacob was bolder and more experimental than Wilhelm, and was rumored to be a lively dancer. Throughout his life, Jacob kept rigidly to schedule and could be extremely focused on work that demanded close attention to detail. He never married, but was a loving uncle to Wilhelm's children. Jacob and Wilhelm Grimm are buried side by side in Berlin. 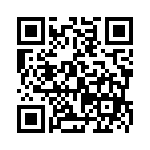