Pagina 119
... to achieve success in a new land . William Bernard traces four periods of
immigration to the United States . ... The second period , 1882 – 1916 , was the
era of regulation ; for the first time , immigration was controlled . The first laws
excluded ...
Pagina 477
If impregnation does take place , the pregnancy or gestation period , normally
nine months , begins . Within 24 hours , the single - celled zygote divides into two
, which soon becomes four , eight , sixteen , and so on . As the zygote divides , it ...
Pagina 522
With successful resolution of the psychosocial crises associated with these
periods , the individual can achieve intimacy and generativity . 2 . ... Physically ,
this period is marked by eventual decline , as well as cognitive changes . 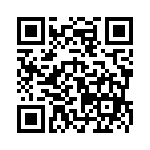