Pagina 123
Occurrence in the Western Atlantic . In the western Atlantic , P. mauli has been
taken off Bermuda , the West Indies , southern Florida , and the Bahamas ; in the
Gulf of Mexico ; and in the Caribbean Sea off Nicaragua and north of Glover Reef
.
Pagina 173
G. elongatum might be confused with either of the other western Atlantic species
of Gonostoma , but upon close examination it will be found to differ from both in
having a large luminous gland behind the ORB photophore . Other distinguishing
...
Pagina 183
In the eastern Atlantic , south to the Canary Islands , about 28 ° N , 20 ° W ; in the
western Atlantic , south to the Caribbean Sea off Jamaica , about 17 ° N , 76 ° W .
South Atlantic off Cape Point , South Africa , and westward to about 32 ° S , 8 ... 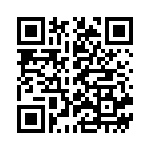