Kazuo Ishiguro was born in Nagasaki, Japan on November 8, 1954. In 1960, his family moved to England. He received a bachelor's degree in English and philosophy from the University of Kent in 1978 and a master's degree in creative writing from the University of East Anglia in 1980. He became a British citizen in 1982. His first novel, A Pale View of Hills, received the Winifred Holtby Award from the Royal Society of Literature. His second novel, An Artist of the Floating World, received the Whitbread Book of the Year Award in 1986. His third novel, The Remains of the Day, received the Man Booker Prize for Fiction in 1989 and was adapted into a film starring Anthony Hopkins and Emma Thompson. His other works include The Unconsoled, When We Were Orphans, Never Let Me Go, Nocturnes: Five Stories of Music and Nightfall, and The Buried Giant. He was awarded the OBE in 1995 for services to literature and the Chevalier de l'Ordre des Arts et des Lettres by the French government in 1998. He received the 2017 Nobel Prize in Literature. He has also written several songs for jazz singer Stacey Kent and screenplays for both film and television. 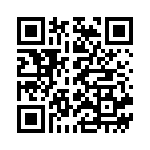