John C. Kotz is an emeritus State University of New York Distinguished Teaching Professor at the College at Oneonta. Educated at Washington and Lee University, as well as Cornell University, he held National Institutes of Health postdoctoral appointments at the University of Manchester Institute for Science and Technology in England and at Indiana University. Professor Kotz has co-authored three textbooks in several editions - INORGANIC CHEMISTRY, CHEMISTRY & CHEMICAL REACTIVITY, and THE CHEMICAL WORLD - along with the INTERACTIVE GENERAL CHEMISTRY CD-ROM. He also has published research on inorganic chemistry and electrochemistry. He was a Fulbright Lecturer and Research Scholar in Portugal in 1979 and a visiting professor there in 1992, as well as a visiting professor at the Institute for Chemical Education (University of Wisconsin, 1991-1992) and at Auckland University in New Zealand (1999). He also was an invited speaker at a meeting of the South African Chemical Society and at the biennial conference for secondary school chemistry teachers in New Zealand. In addition, a recent tenure as a mentor of the U.S. Chemistry Olympiad Team, Professor Kotz has received numerous honors, including a State University of New York Chancellor's Award (1979), a National Catalyst Award for Excellence in Teaching (1992), the Estee Lectureship in Chemical Education at the University of South Dakota (1998), the Visiting Scientist Award from the Western Connecticut Section of the American Chemical Society (1999), and the first annual Distinguished Education Award from the Binghamton (New York) Section of the American Chemical Society (2001).

Paul M. Treichel, received his B.S. degree from the University of Wisconsin in 1958 and a Ph.D. from Harvard University in 1962. After a year of postdoctoral study in London, he assumed a faculty position at the University of Wisconsin-Madison. He served as department chair from 1986 through 1995 and was awarded a Helfaer Professorship in 1996. He has held visiting faculty positions in South Africa (1975) and in Japan (1995). Retiring after 44 years as a faculty member in 2007, he is currently Emeritus Professor of Chemistry. During his faculty career he taught courses in general chemistry, inorganic chemistry, organometallic chemistry, and scientific ethics. Professor Treichel's research in organometallic and metal cluster chemistry and in mass spectrometry, aided by 75 graduate and undergraduate students, has led to more than 170 papers in scientific journals. He may be contacted by email at treichelpaul@me.com. 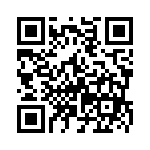