Pagina 69
VI WHILE the motif of the feminine takes on new dimensions in the shelter
drawings , but is still realized mainly in the world of earthly forms , another
sculptural trend had begun to be noticeable , as early as 1938 , in the “ stringed
figures .
Pagina 71
Besides this abstract , alien , and autonomous quality , there is something else
that connects the stringed figures with an important but quite different aspect of
Moore's work , and that is the “ mechanical ” principle . The stringed figures
belong ...
Pagina 80
ing emphasis on their transpersonality , the earthy character of the figures , the
predominance in them of the organic and fruitlike , had been preserved . With the
stringed figures made just before the war , however , space began to become ... 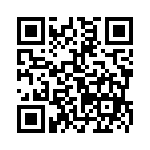